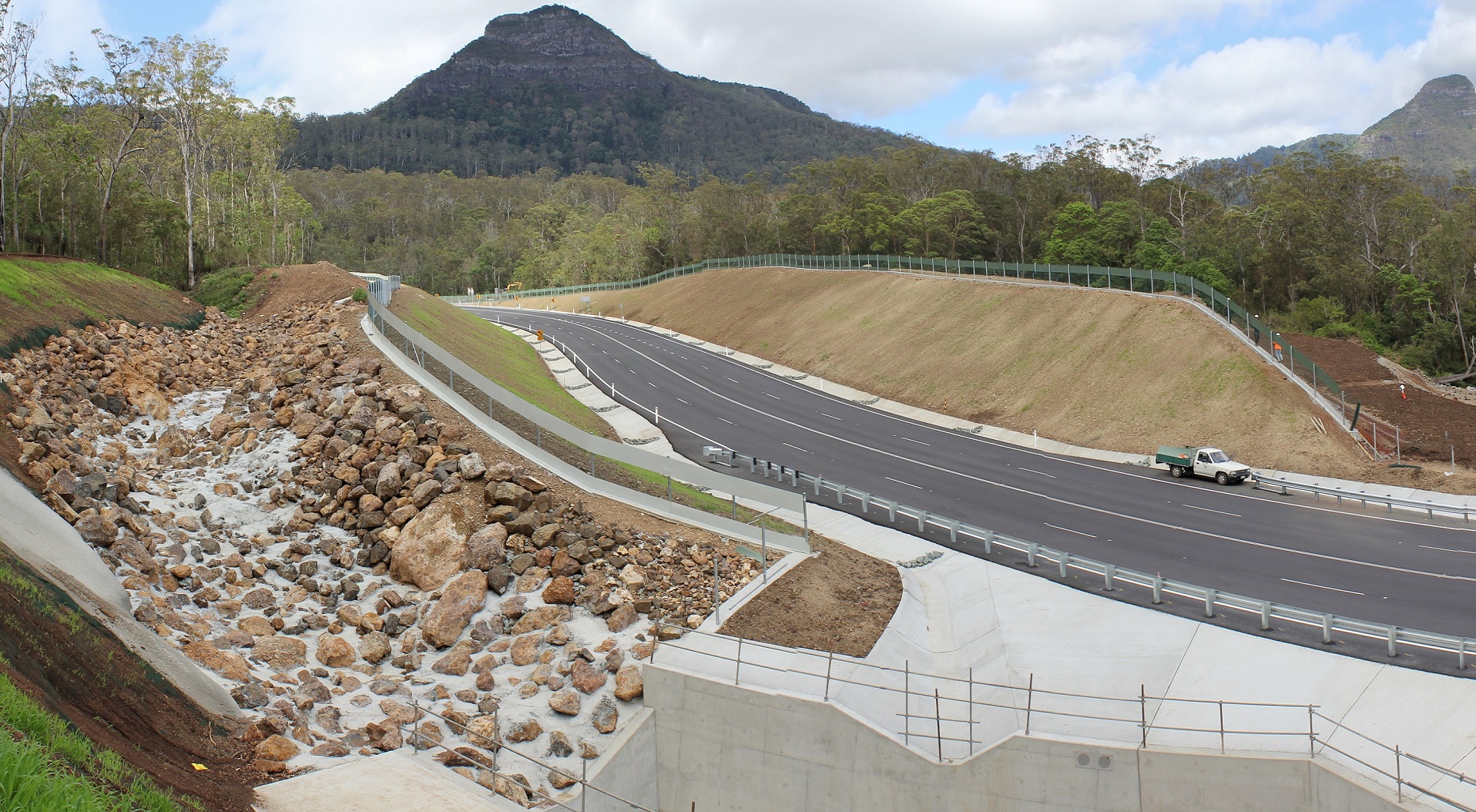 The Cunningham Highway is part of the federally funded National Network providing a crucial east-west connection between Ipswich and Warwick for industry, tourism, and businesses and the community.  Between December 2010 and early March 2011, the Gap saw more than two metres of rain and sustained an enormous amount of damage at a number of locations as a result of these wet weather events. This damage resulted in major reconstruction work being required at eleven locations along a seven kilometre stretch of the highway to stabilise the road.

Geleon were engaged to provide pre-construction and construction phase related activities including detailed design and engineering, contract administration and acting as the Principal's representative throughout construction. These works were funded under Natural Disaster Relief and Recovery Arrangements (NDRRA) and were completed in late 2013.